For the automotive industry, plumbing pipe fitting, and hose fitting. 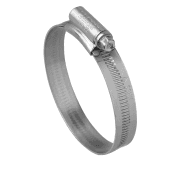 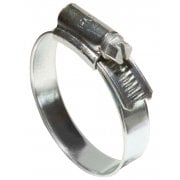 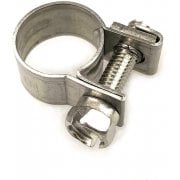 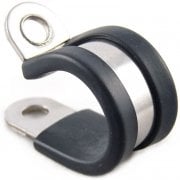 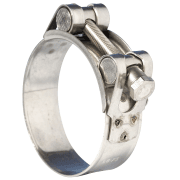 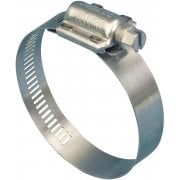 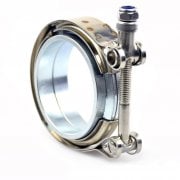 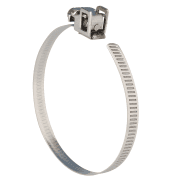 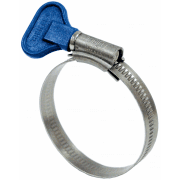 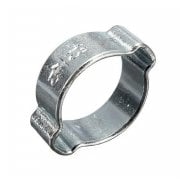 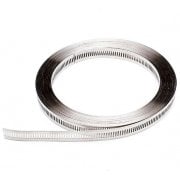 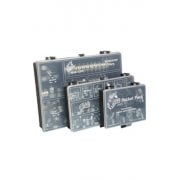 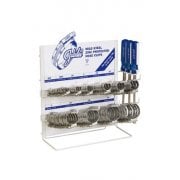 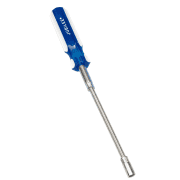 For the vast majority of applications, this sturdy worm drive hose clip is more than suitable. Available as mild steel zinc protected or stainless steel clamp in both 304 (18/8) and 316 (18/10) grades of stainless steel; this product also has a band that is continuously threaded enabling extra flexibility when adjusting the clip to the correct size. The smooth inside profile of the band and rolled edges give protection for all types of hoses including soft hoses made from rubber or silicone.

Screw clamps consist of a band, often galvanized or stainless steel, into which a screw thread pattern has been cut or pressed. One end of the band contains a captive screw. The clamp is put around the hose or tube to be connected, with the loose end being fed into a narrow space between the band and the captive screw. When the screw is turned, it acts as a worm drive pulling the threads of the band, causing the band to tighten around the hose (or when screwed the opposite direction, to loosen). Screw clamps are normally used for hoses 1/2 inch diameter and up, with other clamps used for smaller hoses.

Pairs of screw clamps on a short rubber tube form a "no-hub band," often used for attaching sections of domestic wastewater piping, or used for other pipes as a flexible coupler (to fix alignment difficulties or to prevent pipe breakage due to relative movement of sections) or an emergency repair.

A hose clamp used to hold the leather in place while tying-in the bag of bagpipes.

They can also be used in a similar way, as a simple means for the transmission of small amounts of power. A short length of hose is clipped between two shafts where vibration or variations in alignment may be taken up by the flexibility of the hose. This technique is well adapted to use for mock-ups in a development laboratory.

This type of clamp was marketed in 1921 by ex-Royal Navy Commander, Lumley Robinson, who founded L. Robinson & Co (Gillingham) Ltd., a business in Gillingham, Kent. The company owns the trademark for Jubilee Clip.

Interlocking plastic clamps, where the large Fin Clip Base is designed for overlocking and interlocking the jaw to the required tightness.

T clamps are designed for high-pressure pipes and hoses such as turbo pressure hoses and coolant hoses for high-pressure engines. These clamps have a small grub screw that pulls the two halves of the clamp together to securely fasten heavy duty hoses.